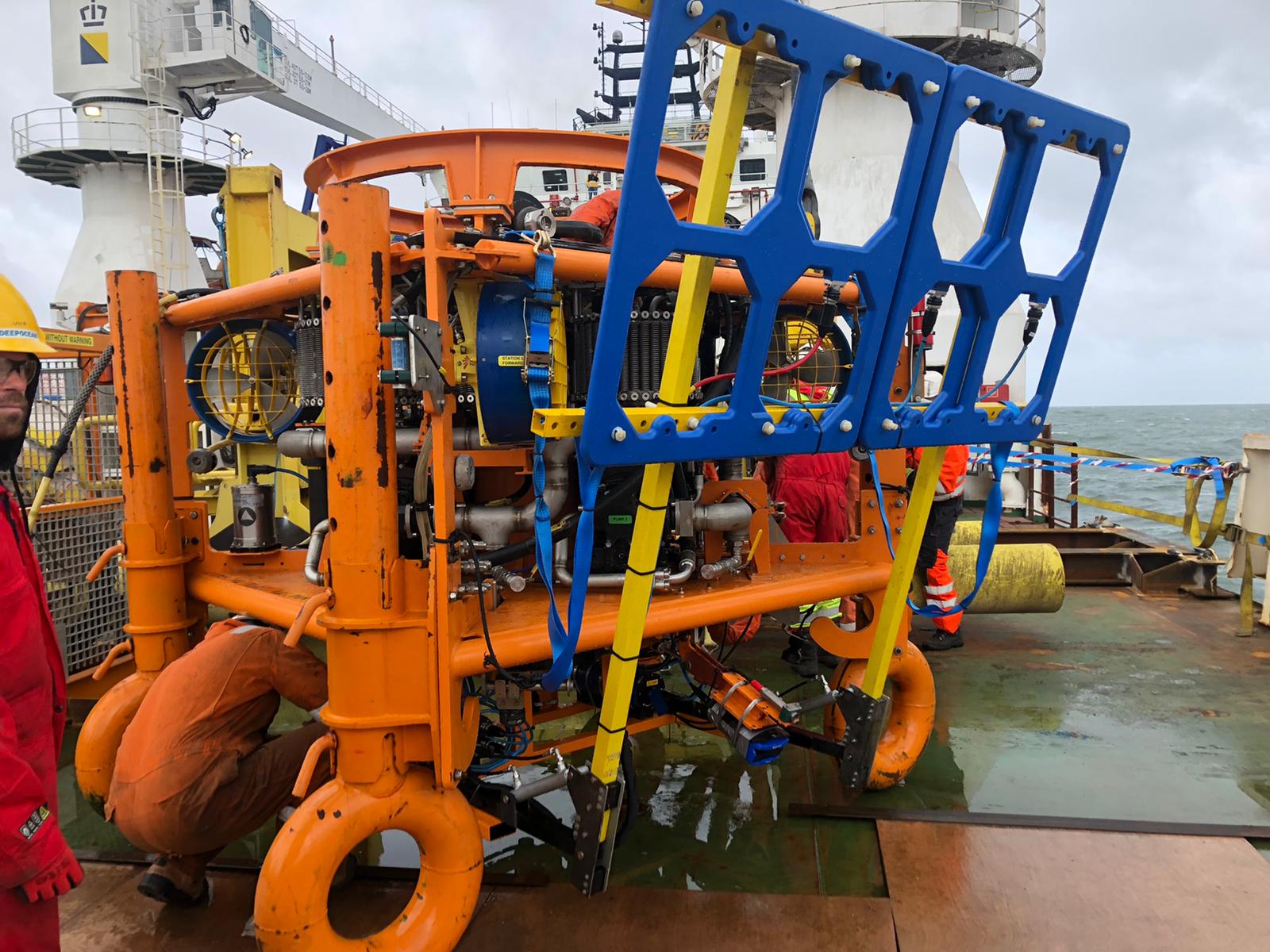 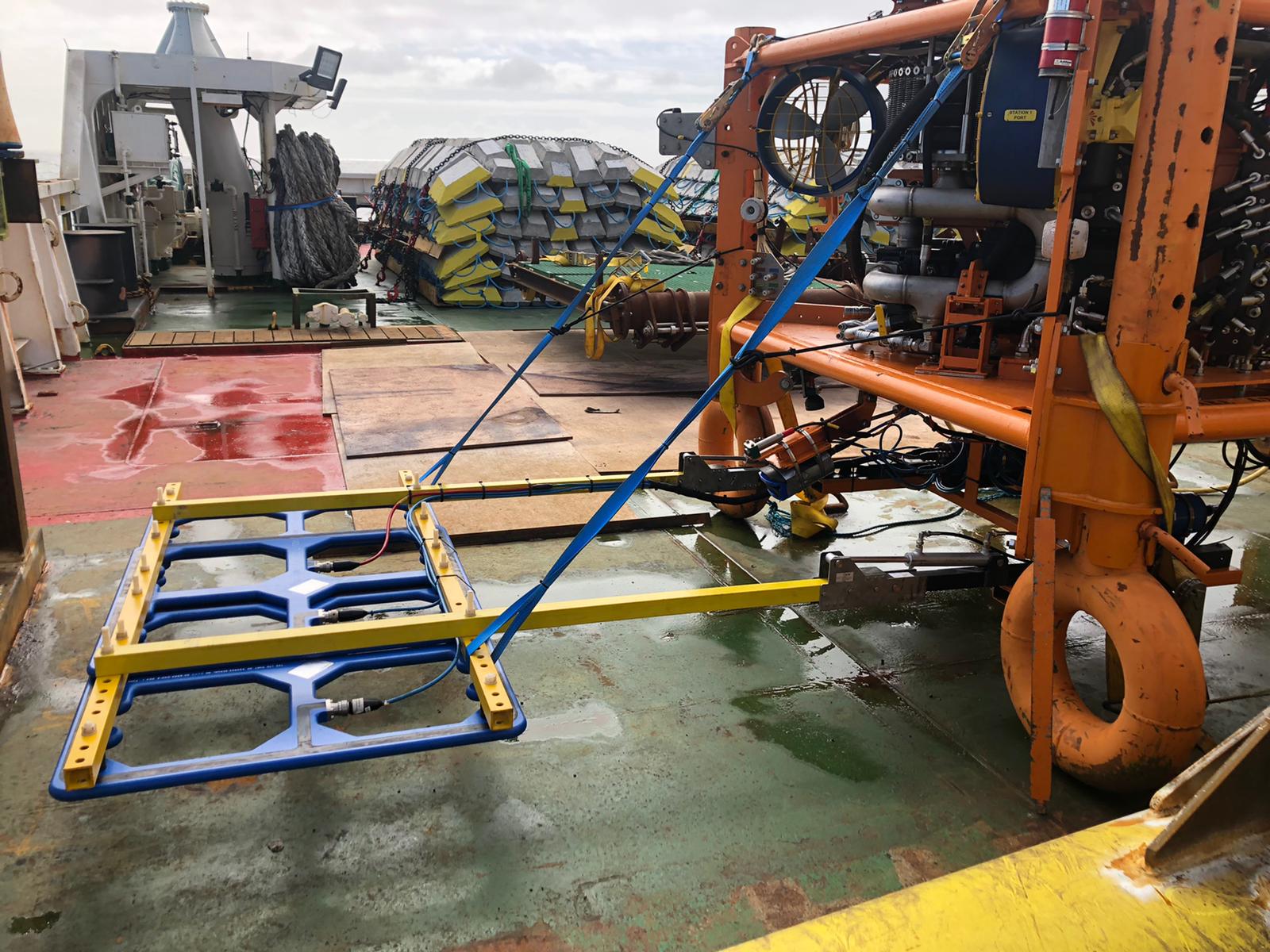 The TSS 440 is a well-established survey instrument, widely used in industry for detection and tracking of subsea cables and pipelines either on or beneath the seabed.

The TSS 440 has been interfaced with the UTROV® to allow additional tooling, such as grabs or dredge pumps to be mounted simultaneously. As a consequence, the TSS 440 can be mounted during project mobilisation and remain on the UTROV®  for the duration of the project, resulting in less time spent performing tool changes.

The TSS 440 interface features hydraulic positional control, where it can either be in a compact, stowed position for launch and recovery through the splash zone, or it can be lowered into its operational position, extended far enough away from the UTROV® frame as to prevent a drop in resolution (background noise).

As of February 2021, Utility ROV Services has conducted over 108 hours of TSS 440 operations across two separate projects, with a high degree of success. The UTROV® has a proven track record of conducting TSS 440 operations in regions where currents regularly exceeded 2.5 knots — conditions  above the operational limit of a typical WROV.

We use cookies on our website to give you the most relevant experience by remembering your preferences and repeat visits. By clicking “Accept All”, you consent to the use of ALL the cookies. However, you may visit "Cookie Policy" page to read more about how we use them.
Read MoreAccept All
Manage consent

This website uses cookies to improve your experience while you navigate through the website. Out of these, the cookies that are categorized as necessary are stored on your browser as they are essential for the working of basic functionalities of the website. We also use third-party cookies that help us analyze and understand how you use this website. These cookies will be stored in your browser only with your consent. You also have the option to opt-out of these cookies. But opting out of some of these cookies may affect your browsing experience.
Necessary Always Enabled
Necessary cookies are absolutely essential for the website to function properly. These cookies ensure basic functionalities and security features of the website, anonymously.
Functional
Functional cookies help to perform certain functionalities like sharing the content of the website on social media platforms, collect feedbacks, and other third-party features.
Performance
Performance cookies are used to understand and analyze the key performance indexes of the website which helps in delivering a better user experience for the visitors.
Analytics
Analytical cookies are used to understand how visitors interact with the website. These cookies help provide information on metrics the number of visitors, bounce rate, traffic source, etc.
Advertisement
Advertisement cookies are used to provide visitors with relevant ads and marketing campaigns. These cookies track visitors across websites and collect information to provide customized ads.
Others
Other uncategorized cookies are those that are being analyzed and have not been classified into a category as yet.
SAVE & ACCEPT